CELEBRITY DELUSIONS #1
‘the mind & the heart’ 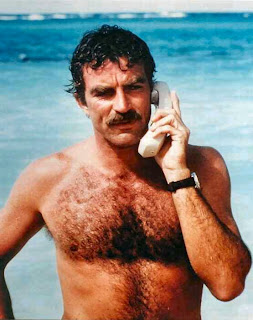 Hello? David? Are you there? Why won't you pick up?
I keep trying to call to get you to meet me at the beach.
Wear the  two piece pink bikini I like so much.
Please return my call or eventually I'll give up.
Why are you ignoring me? I just want to be friends...*

It’s not that conservatives don’t care.
We do. We just have different answers than liberals do. It’s a difference of the mind, not of the heart.
*
I live a pretty simple life.
*
Son, never throw a punch at a redwood.
actual Tom Selleck quotes from http://www.brainyquote.com/quotes/authors/t/tom_selleck.html