When I thought I was a Mango... 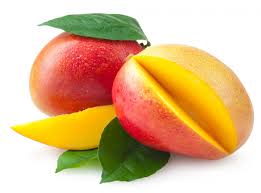 “I ponder and I cannot ponder, yet I live and love.”

On a warm sunny Wednesday in March, when the weather suited global warming to a tee, he took his small shopping buggy from the balcony and set out for the food bank. Only a few blocks  from his apartment, this particular food bank specialized in healthy items that came in containers ranging from plastic freezer airtight bags to small meat bearing styrofoam platters, cardboard boxes, foil wrappers, and glass jars.

He always looked forward to eating the two or three miniature granola bars on his way home, after judiciously making his selection of mostly non-perishable goods. He  always marvelled at how something that appeared to be so nutritious - ‘Nature’s Choice’ - could come in such a shiny unnatural looking wrapper. If he saved enough of them he could turn them inside out and cover his bathroom wall with a glistening silver coating and then hang pictures of celebrities all over the wall, turning his latrine into a modest shrine for the silver screen.

In the waiting area at the food bank there was always a transparent, dome covered plastic tray filled with hot cross buns, danishes, brownies, cinnamon wedges, butter tarts, and assorted donuts of the delicious kind. They were all cut into bite-sized portions and had a crumbling nostalgic air about them that spoke of slightly better days. But they were delicious.There were metal prongs and napkins to keep the delicacies safe from germ warfare, and a large canister of hot coffee sat on a table nearby, with powdered milk and a box of sugar to help the medicine go down.

He put his buggy beside his chair and went over to the reception desk to check in. Stating his name and answering one simple question was always enough. They never asked for ID because he had registered several years ago and was in the computer system. They trusted him. But he always took ID with him just in case. One would not want to be caught with their pants down and no conceivable way of identifying one’s self in such a welcoming atmosphere. The pants down metaphor seemed appropriate because he, and perhaps some others, were only eligible for this particular food bank because they had, through no fault of their own, been caught with their trousers to the floor one too many times.

The simple question the receptionist always asked was; “Do you have any pets?” He would pause for a second, considering what he might do with the jars of cat food or doggy kibble. Perhaps he could sell them, or mix them with a rich salty stew that would conceal their true identity? And then he would think better of his thrifty capitalist ways and reply, “No. But thank you.”

Then he would take one or two selections from the pastry tray, fill a styrofoam cup with coffee, add some powdered milk and a touch of sugar, and sit back down to wait until his fruit or vegetable was called. it wasn't a long wait, and the variety of colourful laminated fruit and veggie bearing cards made it fun;

He would often arrive shortly after two. The bank was open from two until seven. By the time he arrived they would be as far along as Cantaloupes. He would receive a Fennels laminated card and wait until his group of three or four was called. Once, when he arrived earlier than usual, he was a Date, and knew that the usual gag would be played as soon as the Dates were called.

“Dates anyone? Any Dates?” 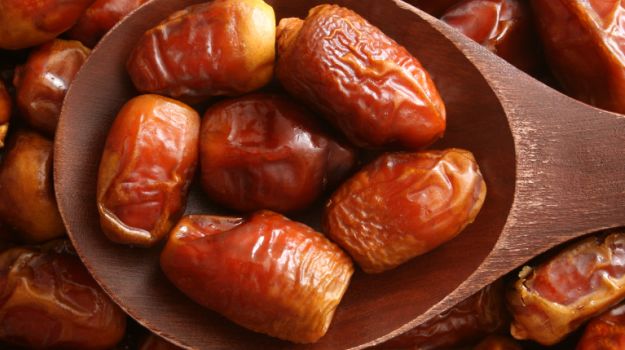 Inevitably someone would laugh and say something along the lines of, “I’d love to. Haven’t been on a date in ages.”

But on this particularly warm Wednesday in March he arrived well after two, missed the Dates, and thought he was a mango. He took his card, walked over to his chair, sat down and saw a familiar face in a wheelchair. Noticing that his close acquaintance also had a mango card he said, “I’ve never been a Mango before. I’m usually a Fennel.” His friend smiled but said nothing. Apart from the Dates, not much was made of the other fruits and vegetables in the area of small talk. So he just sat - sipping coffee and nibbling at the ragged corner of a hot cross bun - and waited for the Mangoes to to be herded down to the selection area.

Consumed by a commingling of good cheer and slight melancholy - a mixture of emotion that invariably held him somewhere between a subtle smile and a face that was holding back tears - he noticed that the attendant who was passing out the laminated cards looked quite agitated. He could overhear him explaining to an assistant that the fruit and vegetable cards were all mixed up, and that he was sending down all wrong groups in all the wrong order.

How hard could it be to have noticed that, he thought, and just sort them properly, in alphabetical order. But it wasn’t his place to make any sort of suggestion as to how organizing principles might be applied in such a setting. So he sat patiently, watching the names of each fruit or vegetable come and go on the pixel board above the reception desk -  in the wrong order - wondering anxiously if his Mango would ever come up.

After several minutes had passed he went up to the desk and politely asked if his fruit had risen. The confused receptionist asked what fruit he was and when he said Mango, he told him to go ahead  - the Mangoes had already been called. So he left the reception area and walked briskly toward the stairwell to the bank. On his way he saw the assistant who had been taking the groups down the stairs to the area where the shelves of dry goods, and freezers filled with assorted frozen meats were kept. He looked at him, smiled, and said - “I think the fruits and vegetables got a little mixed up today. I was told to go ahead.” The assistant looked at his card and said, politely but somewhat abruptly - “No. I’ll call you when it’s time.”

A little bewildered, he walked back to the waiting area - and waited. As he sat, for about five minutes, he kept looking at the pixel board and could not make head nor tail of how things were being re-organized. The mangoes had already gone and the order seemed to have been re-established on the pixel board. And then, after several seconds of low level anxiety marked by his signature tendency to fluctuate between a faint smile and suppressed tears, he looked at his laminated card, and much to his surprise, and embarrassment, he was not a Mango at all. He was a Pumpkin. Of course Cinderella immediately popped into his mind with the change from M to P. Suppressing images of little white mice sewing spectacular gowns and singing bibbidy bobbidy boo, he made a quick decision not to dwell upon the cliched fairy tale proportions of the mixup. Instead he sat and waited patiently until the Pumpkins were called, during which time he pondered, til he could not ponder, how this could have happened. He was certain he had been a Mango. And then, at the height of his low level anxiety, he looked at the camera option on his cell phone, remembering that he had taken a photo of his card soon after arriving, so he could write  a little story about this particular food bank one day - about the delightful and efficient alphabetical  manner in which they organized their patrons  into groups of fruits and vegetables.

Yes, Indeed. Cameras seldom lie. He had always been a Pumpkin, and when he chatted with the close acquaintance in the wheelchair, and noticed that his card said Mango, he must have simply assumed he was one too because the colours of the cards depicting the very different fruits were so similar.

It all made perfect sense, because he knew, in his heart, he had always been a blighted princess. So it seemed fitting, after all this time - some sixty odd years - that he would one day find himself, at the PWA food bank (strictly serving a community of people living with HIV and AIDS) abruptly  turning back into a Pumpkin. 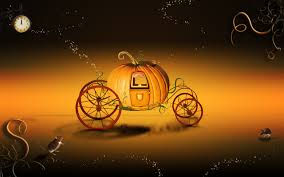