Poppy on the Dock

Munro ro ro your boat gently down the stream

“Men came and went; it was nothing.”
Madeleine Thien, Simple Recipes (73) 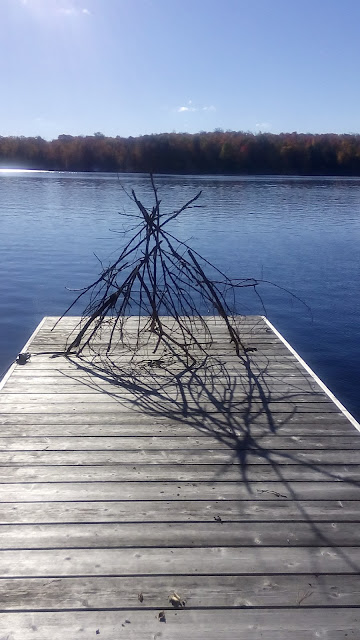 Not much was made, really, of Poppy’s sexual tendencies. People may have thought he didn’t have any. When they said he was queer, they just meant queer; odd, freakish, disturbing. His stammer and his rolling eyes and his fat bum and his house full of throwaways were all rolled up into that one word…

I never knew what my mother made of Poppy’s final disastrous luck, or what she knew about him…

Then she said, “Poor Poppy. There were always those that were out to get him. He was very smart, in his way. Some people can’t survive in a place like this. It’s not permitted. No.

To add his other problems he had both a lisp and a stammer. My mother could imitate him very well…

Poppy went to jail for making advances on a train…Certainly it was not realistic to make suggestions to a couple of baseball players on the Stratford train…
Alice Munro - Chaddeleys and Flemings,
from The Moons of Jupiter, 1978

Uncle Dag from Yonkers. Mother said she reminded him of a character from an Alice Munro story but she could never remember his name. But Dag, he loved antiques. Or so he thought. His fondness for old furniture in fact ran more toward the kitsch line. Pole lamps with huge plastic globes -  dangling decorative planets lit up like big orange interstellar embolisms. Throw pillows the size of a large inner tube - like the ones from a small tractor abandoned on the country road on the way to the cottage. When Dag came to the lake for three days each summer he would bring a large pillow upholstered in waterproof fabric, usually a handsome stripe in plasticized earth tones, and he would place it on one of the various inner tubes in the boathouse and proceed to the dock. He would then  carefully set the tube in the water, adjust the big pillow on top, then sit himself in the middle, and set sail. He would return a few hours later, red as a lobster and drunk as a skunk.

In a small paper bag that he put in his lap as he disembarked, paddling with his wide firm palms out into the bay, he would wave the bag and holler “it’s full of plums in case I get lost at sea.” If they were plums they were stewed - in liquor.

I remember, as a child, once hearing him say to my mother “The only difference between a gay man and a straight man is a bottle of bourbon.” I often wondered if that was why she eagerly fed my father so much booze whenever Dag was around. Did she want to test queer waters with her estranged spouse, or was she trying to matchmake dad and uncle Dag, liberating herself from a union that had gone sour early on. Who knows. It was a long time ago and they’re all gone and largely forgotten, except for the sayings and some of the songs,and the way they all seemed so uncommonly friendly when they were drinking.

Later in life I would frequently ask queer friends if they had ever heard the bourbon remark before, and many had, but no one seemed to be certain of its origin. Some attributed it to Truman Capote - but Capote has too often become the default mode for all things quaintly queer, faintly nostalgic, and largely undocumented.

So much time passed between Dag’s visits. Or so it seemed. It was an annual visit for a full five years before, as Dag put it, “the rain set in and the lake became treacherous  and there was no more room for a fun-filled uncle to float among the waves” - biting into plums, singing the same song over and over again, lightly, to himself, and minding his own business.

Dag singing.He had a keen falsetto and the drunker he got the louder it became. By the time he floated back to the dock I would be sitting on a friendly log anxiously delighting in the chorus as he cried it out it over and over again.

Goodbye, Piccadilly,
Farewell, Leicester Square!
It's a long long way to Tipperary,
But my heart's right there.

And then he would go into what I learned years later was an alternate ending, a bawdy version of the chorus popular among soldiers in the first world war.

Hooray pour Les Français
Farewell Angleterre
We didn't know how to tickle Harry,
But we learnt how over there.

Dag had replaced Mary with Harry, making the lyric his own queer ditty. He had all the affectations of the stereotype our family welcomed every summer. Mother would say to my father, “He’s on vacation. Let him behave any way he wants. He needs a break.” And father would comply, and they would all drink together, but when they were sober dad kept his distance in a friendly unobtrusive way while Mother, Dag, and me puttered around the cottage, had tea and sandwiches on the dock, swam, and just before sunset we each contributed to the preparation of the evening meal. Mother cooked, I made salad, and Dag entertained us with his drunken late afternoon chatter, and a few more verses of that song I came to love.

I sing it still. When I’m alone on the balcony, and I think of how handsome Dag was, how he looked like a slightly more refined version of my father. They were brothers of course, but had different adopted parents. Dag and dad were separated as infants, never knowing their birth families - and only found each other once they had come back from the war. Like Shakespeare or that old Greek myth. It was so clear how much they loved each other. And to try to tell their whole story would be far too difficult. Silently they swore me to secrecy with their loving eyes - whenever the opportunity arose. And Dag, he is the only memory of someone who never made fun of my lazy tongue, not even once, as a child. Although loving and patient, even my parents tried to cure me of a lisp that I have never conquered. And I thank Dag for that.

Despite the sour grapes that prolonged matrimony gave rise to, we were, for the most part, a happy open family, accepting Dag and all that came with him with unconditional kindness. But it was always like he was at the edge of the scene, just beyond the dock, threatening to float further out to sea, and so terribly good natured about it all. If he had known how hard people were on my parents about the three days he spent in summer, lounging about the cottage lot, floating through the afternoon, well, he would never have come again. And he didn’t.

It had been half a decade, from when I was nine until I was fourteen. Having forgotten so much, even the fine details of my perfectly lovely parents, it comes as a shock to me each time I find myself singing that alternate verse about tickling Harry. And only then does Dag come back to me in very fine detail, with all the missing scenes from my young life floating in and out of my consciousness as I reach into that bag and saturate myself with yet another silly drunken plum. And there he is, like Poppy, but on the dock, waiting precariously to find a place where he can float free of pre-conceived narrative and be just the way he wanted to be.
Posted by bette at 11:00 AM