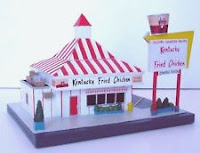 relentlessly in pursuit of some tongueless toothy grin
some god like pronunciation sanctioned by Queen and country
“is that a thistle in your mouth or are you just unhappy to thee me?”

aunty warned me that if
I didn’t do my speech exercises
I would become a little fairy, or worse, “just like Paul Lynde
or Charles Nelson Reilly”

so there I stood swiftly saying

‘she sells seashells by the seashore’

what did they expect of me as a child?
was I supposed to pretend to be a prince
when back-hoed princess
was all men ever asked of me

and then we would go
to the dairy queen for a Mr. Misty
and then along the river road
and I would cry out

“I want to go to the flirtation plant to see the monkeys!” 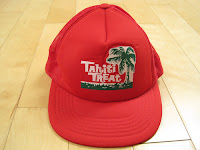 but then, yes, we danced after school
in Jackson Park by the bucolic orientalized shades of the pagoda bridge and you told me of all the restaurants you would take me to in a few years when we came of age and could
run away together to Calgary

yes, it should have been you as I peered across the classroom during the lords prayer and god save the drag queen and I knew you were winking at me in your heart I knew it I did I knew you were
but I’ve killed you haven’t I 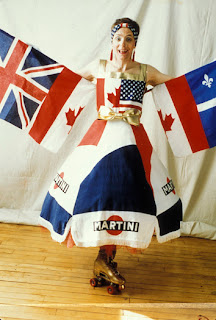